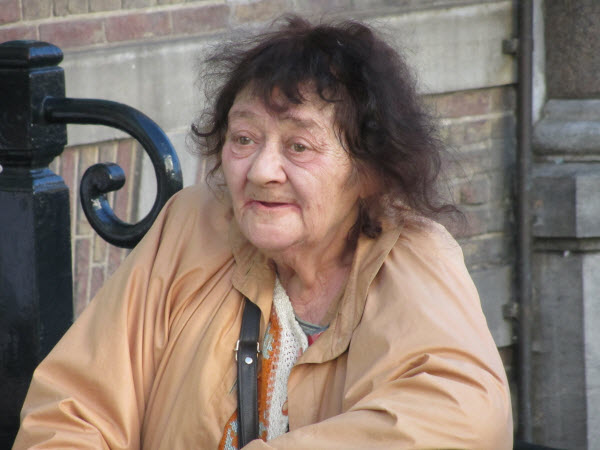 How can aging and death be both natural and a defect at the same time, in Aquinas’s thinking? This post explores the seemingly paradoxical idea that natural aspects of human beings, like death and aging, can be both defects and punishments but also natural.

Aquinas sometimes uses the terminology of “defects” to sometimes refer to some of the natural qualities of the human body.  In the category of “defects” Aquinas includes: death, aging, hunger, and thirst. The idea that something can be a defect and natural is interesting and even somewhat paradoxical.  Aquinas ponders the linguistic dilemma in two long and interesting passages on “Whether death and other defects are natural to man?”  and “Whether death is punishment of first man’s sin.”[1] STI-II, 85, vi, 3596 and II-II 164, i, 6202 The gist of his argument is that death, and other defects, can both be natural and a punishment from God. How is this possible?

As we have already discussed, Aquinas assumes that death, and other defects of the body, are naturally and inherently part of a bodily form. Humans thus naturally die, age, and are ruled by the sensitive appetites. But in Paradise, God removed these defects of the human body through an act of grace. Thus grace explains why Adam and Eve were not subject to death, aging, or unruly appetites. Aquinas calls this state of human beings “original justice” to contrast it to “original sin” which follows the return to the natural state of the human body. We thus see that death and other defects can be said to be natural to human bodies, but those defects were removed in Paradise and were only restored to human nature when the first couple sinned. In this way, death can both be natural and a punishment. Here is how Aquinas puts this seemingly ironic idea.

The cause of death and other corporeal defects of human nature is twofold: the first is remote, and results from the material principles of the human body, inasmuch as it is made up of contraries. But this cause was held in check by original justice. Hence the proximate cause of death and other defects is sin, whereby original justice is withdrawn.[2]ST IIIa, 14, iii

Original justice then is a state that is not completely natural. It is the removal or suspension of certain defects that are in the body naturally. God’s gift of grace to Adam and Eve was to remove them from some of the painful aspects of material nature. When they sin, all of the defects of nature are restored as punishment. Sin thus causes original justice to be removed and the result is “original sin.” Or as Aquinas somewhat paradoxically puts it, “principally, the punishment of original sin is that human nature is left to itself !”[3]ST I-II, 87, vii

It is worth reiterating the fact that in Aquinas’s scheme the state of Adam and Eve in Paradise is not one hundred percent “natural.” One might have thought that the original condition of human kind in Paradise was what we would call natural. But that is not the case completely. To be sure, some of the features of Paradise are natural, such as the hierarchy in nature in which the human is higher than the animals and other forms of life. And the human being in Paradise still shares with animals the need to have sexual relations in order to procreate and reproduce in Paradise. In this way, human nature is the same before and after the sin of the original couple. But with respect to some key defects, the human being’s nature is different in Paradise. Death, aging and the unruly body are natural features of the human being, but they do not exist in the state of innocence.  Thus, human nature in Paradise is both natural in some respects and not natural in others.

Why did God make human nature with such defects in the first place?  On several occasions, Aquinas explains the idea by reference an analogy an artisan, artist or smith who a particular material that is best suited for the outcome. The material is selected for its ultimate appropriateness to achieve the artisan’s goal, not for the complete perfection of all its qualities.  For example, iron is selected as material from which to make knives or a saw, even though the iron will rust over time, and is not as pretty as glass. The best material has to be selected for the end purpose and thus may have certain imperfections that are necessary.  Here is one example of Aquinas’s use of the analogy.

Thus, a smith in order to make a knife, chooses a matter both hard and flexible, which can be sharpened so as to be useful for cutting, and in respect of this condition iron is a matter adapted for a knife: but that iron be breakable and inclined to rust, results from the natural disposition of iron, nor does the workman choose this in the iron, indeed he would do without it if he could: wherefore this disposition of matter is not adapted to the workman’s intention, nor to the purpose of his art.[4]See ST I-II, 85, vi,  See also ST Ia, 76, v  on the analogy of the saw made of iron rather than glass, and again ST II-II, 164, i, again on the analogy of the saw that rusts.

Aquinas views the creation of human beings in the same way. God, the artisan or smith, chose the best possible material to make a sensate human being whose purpose is virtue, but the material had certain necessary or inherent defects. Specifically, the human being was intended to be a being with senses that could experience the world but also have a soul. Thus the human being needed a body to have sensible feelings, in contrast to angels, which did not, for the soul has no senses by itself. “Now this condition attached to the nature of the human body results from a natural necessity, since it was necessary for the human body to be the organ of touch, and consequently a mean between objects of touch: and this was impossible, were it not composed of contraries, as the Philosopher states (De Anima ii, 11).”[5]ST II-II, 164, i,  ad. 1, and he also writes, “In like manner the human body is the matter chosen by nature in respect of its being of a mixed temperament, in order that it may be most suitable as … Continue reading

To restate Aquinas’s logic, the human being was a special kind of creature, that needed to have sensations and to join those to a soul. To have sensations, a body was needed, since the body is the vehicle of sensations. But like iron, bodies come with certain defects that are true of all bodies, including aging and dying and hunger and thirst.

It is perhaps natural to ask why God didn’t create a natural material that could be a sense of touch and yet not subject to defects and Aquinas notes the validity of the question. “If, however, it be said that God could avoid this, we answer that in the formation of natural things we do not consider what God might do; but what is suitable to the nature of things, as Augustine says (Gen. ad lit. ii, 1).[6]ST Ia, 73, v Essentially Aquinas is saying that we may ask what God did and why, but not what God might have done. Why we can’t speculate further, Aquinas does not here say, and we are left wondering whether the answer is beyond reason’s ability to discern and beyond what Scripture teaches. Still, it is clear that Aquinas sees the human being as a unique creature in combining the soul and body and thus having tensions in the very fabric of its being. 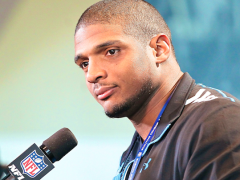 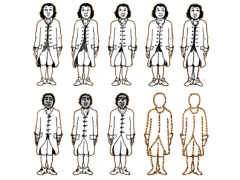 I ran across the following discussion while reading the notes from the debate in... 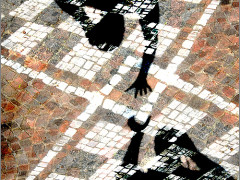