It is quite astounding in some ways that one must defend a progressive view of liberty. But that is the case today.  The concept of liberty has been co-opted and controlled by the Right Wing, Tea Partiers and Libertarians in recent decades. The Left seems to have relinquished control over the concept as if they don’t care or don’t think the concept belongs to them.

It is time for the Left to contest the reactionary view of liberty by reinvigorating an alternative, progressive view of liberty. By doing so, we show that the values of the Left are fully consistent with a philosophy of liberty, contrary to what the Right claims. In addition, we show that the Right’s understanding of liberty is itself thoroughly animated by a set of founding assumptions about the nature of God, human beings, economics,  that are at best problematic, and at worst, destructive of individual and social life in complex societies.

A progress view of liberty has the following assumptions:

Liberty is one of the most important values in modern life.

Value 2 Individuals are of Ultimate Significance

Liberty in the strict sense is defined as the opposite of slavery, not the freedom from law. Liberty in the narrow sense means the right not to be enslaved by anyone and not to be another person’s property.

The more general sense of liberty includes the right to one’s life, the pursuit of one’s dreams and to one’s property. Society’s role is to help protect life, liberty and property.

My liberty implies your lack of liberty. Any protection of my rights implies a restriction of yours. My right to liberty means a restriction on your right to enslave me. My right to property implies a limitation on your right to take from me. Our collective liberty thus emerges from how we jointly negotiate our protections in relationship to our restrictions. The specifics of liberty are thus not an absolute. What counts as my rights and your restrictions is a boundary that is negotiated through discussion of a host of values and a just process.

Liberty  implies the limtation by law. The notion of a totally free person in a state of nature is not freedom but a life at the mercy of power and violence which dominate life. Liberty is enlarged from the fact that there is law and force that govern how people interact. Liberty arises from social laws, stable institutions, a governing law and a set of legal institutions.

Value 8 Liberty and Size of Government 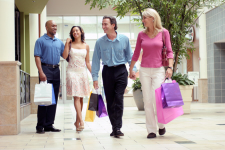 Liberty means a society is free to set up the economic rules by which it runs its market. While markets often operate more efficiently than governments, libety does not imply that a free market must be enacted for all economic processes. On the contary, liberty entitles a people to think about the rules they want to live by and thus to control markets where other values besides economic efficiency trump the desire for efficiency to shape outcomes.

Liberty implies some notion of equality. The very notion that my rights should be protected from your desires implies that we are all “equal” in value as human beings. The quest within a system of liberty is to demarcate those human differences that should not be used by society to assign value and to leglislate so that majorities do not suppress minorities. It is neither possible nor desirable to attemtp to level all human differences. But is possible to legislate to limit the effects of prejudice and social inequities. Where those boundaries are set is the outcome of a just political process.

Liberty carries along with it  the notion of sacrifice. We gain our liberty only by living under an umbrella of laws that limit our freedoms even as they make them possible. It is by abiding by laws together that we we achieve the freedoms protected by society. Our liberty is thus paradoxically  achieved by sacrificing our freedom.

Liberty is complemented in a liberal society by responsibility and notions of public good. The liberty of the individual is understood as one important value among others. We do not just see ourselves just as free individuals. We also see ourselves as having been granted gifts by former generations and beings who care and feel responsible for others of our kind. These notions of responsibility and the general good shape and modify our notions of what it means to be free individuals in a free society