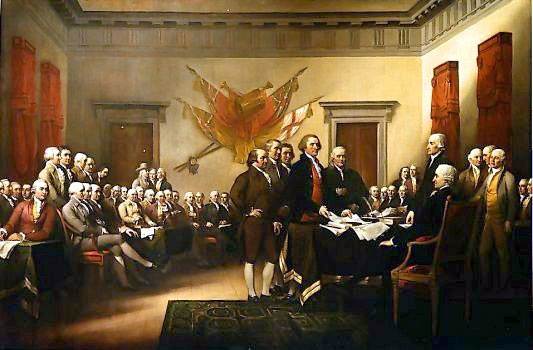 But what does liberty mean and whence does this commitment to liberty come? Over the last several decades we have been given one particular perspective on these questions. Liberty, we have been told, is synonymous with the rigorous protection of our individual or natural rights. Any constraints on those rights are compromises of our cherished liberties, an abandonment of the original American way and vision, and ultimately destructive to our country.

Those who promote this view of liberty point in particular to the size and bureaucracy of the American government as the source of the most threatening compromises and dangers to our liberties.  In their view, liberty by definition means that government should be small and stay out of our lives. The bigger government becomes the more invasive it is and the less liberty we have. Why is this so?

Big government by its very nature oversteps its boundaries in countless ways: it meddles in our lives and tries to make rules, such as gun control and smoking laws, that curtail our individual liberties and violate our natural rights to be free.  Big bureaucratic government also invariably creates programs that require higher taxes and that thereby rob us of our hard earned dollars and siphon them to programs that we have never endorsed such as abortion clinics. Big government also invariably steps into policy areas where it doesn’t belong, like trying to mandate health care or the type of health care we choose. Big government also inappropriately intervenes in economic markets with laws and taxes that try to shape economic behavior. Over and over again, big government overstep its bounds and infringes our liberties or takes our property.  For those who have this view of liberty and the corresponding view of government, the crusade to make American government smaller is analogous to the original Boston Tea Party that wished to end Great Brittain’s control over American economic.

In what follows, I insist there is another tradition of liberty that does not see either the role of liberty or the role of government this way.  Instead of thinking of liberty as a set of natural or individual rights that must be protected no matter what, this other tradition sees liberty as a set of obligations, duties, sacrifices and responsibilities that come into being as members of social communities.  Liberty on this view means living justly in a social community.

With this shift in the understanding of liberty comes a corresponding shift in the understanding of government. Rather than seeing government as a threat to our liberities, in fact government emerges as the mechanism through which we try to implement and live out our responsibilities to one another. This other view of liberty sees government as a positive force in helping  us achieve liberty, rather than as an evil empire stealing our liberty.

This shift in thinking towards liberty, I will argue, is authentic in various ways. It is rooted in great insights of modernity, consistent with the views of the American founders, and compatible with both a traditional and modern religious understanding of God.  It is also one that can be embraced by atheists who have no belief in God.

It is my contention too that by rehabilitating this other tradition allows us to restore America’s heart and soul. With this tradition, liberty ceases to be a selfish concept. We can think of our liberties as ways in which we promoting the benefits and well-being of other human beings, not just protecting what is rightfully ours. What is rightfully ours emerges out of a dialog with human partners who also comprise the society that we create together.

To understand and uncover this other tradition of liberty, we must go on an intellectual journey to tease out the underlying assumptions that inform the distorted myth of liberty that now dominates.  We shall learn that much of what we have come to think about liberty –and by extension what we call “America” and even “modernity”– is either mistaken, lacking nuance, or simply wrong-headed. And what we uncover is something far more enobling, enriching and ultimately better for us all on this collective journey we make.

The Paradox of Liberty

Most people think the meaning of liberty is self-evident. Most people will tell you that liberty refers to a set of  “natural” or “individual” rights that must be protected. If we probe deeper and ask people what “rights” mean, people often stumble and have a hard time explaining what “rights” are, though they are certain they are “natural” or “self-evident” or “God-given.”  People who are more articulate may explain that rights are protections of what legitimately belongs to them (such as their Life and Property), as well as the actions they are entitled to do without interference (personal Liberty such as free speech or freedom of conscience). Rights then are legitimate protections of what we own and what we may do. We have rights in the same sense that we have things. Liberty is the collection of these legitimate rights.

There are a number of limitations with this popular understanding of liberty. First and foremost, it misses the fact that liberty does not mean only protections of what is mine. Liberty paradoxically also implies limitations on what I can do.  Liberty is not just my protection but other people’s protections too. Just as I am protected from them, they are protected from me. The popular notion of liberty that emphasizes my rights and privileges misses the fact that liberty implies restrictions and limitations. When we emphasize what protections liberty gives me, we are taking an egocentric view of liberty. When we see liberty from a broader context and understand how your liberties mean my restrictions and vice-versa, we are taking a birds-eye or social view of liberty. When seen only from an individuals vantage point, liberty looks like protections. When seen from the vantage point of multiple people at once, liberty emerges as a set of tradeoffs. How so?  My liberty implies your restriction. If I have a right to my property, you can’t touch it. If I have a right to my life, you have no right to take it from me. Every one of my rights implies your limitation. This double-sided nature of liberty can be thought of as the paradox of liberty. My liberty implies your lack of liberty or your liberty implies limitation on mine.

There is something incredibly profound about this insight that liberty implies limitation and not just protection. We so rarely hear or read about this other dimension of liberty. I can have liberty only by giving up some of my freedoms. I can’t have a right to life, unless I give up my right to take yours. I can’t have protections of my property, unless I am similarly limited from taking yours. My rights are carved out only by setting limtations on yours. From this paradox of liberty, we see that the word liberty doesn’t mean “unrestrained freedom” or the “ability to do what I want”, as several important political philosophers have noted. It means something more like a set of agreements and compromises that people make in order to live with each other. What the implications of this insight are I shall have more to say.

Passion the Secret Ingredient of the Social Enterprise

I have been thinking lately about the ways in which the social enterprise has... 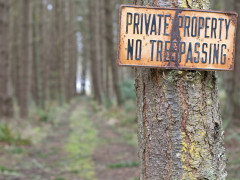 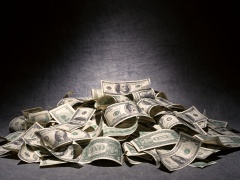 I am sorry. I don’t think a free market is as wonderful as so... 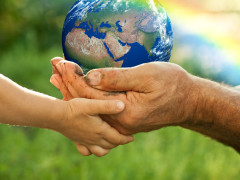 Objection One: Not natural for people to possess external things